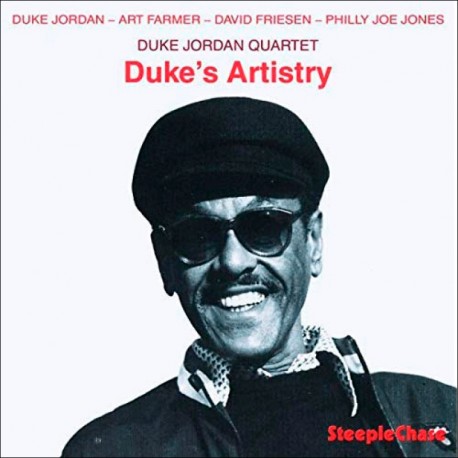 Limited edition reissue of a classic 1978 SteepleChase LP on standard weight vinyl, cut from the original lacquers. Duke Jordan was the quintessential bop player has played in Charlie Parker's best group in 1947 and he contributed numerous inspiring tunes to the jazz literature.

During the late 1970s and throughout 80s Duke Jordan produced several of outstanding albums. This recording from 1978 made in New York featured the trumpeter / flugelhornist Art Farmer who was like Jordan an expatriate at the time residing in Vienna, Austria. Farmer who was a co-founder of famed Jazztet was known for his lyrical and smooth sound on his horn.