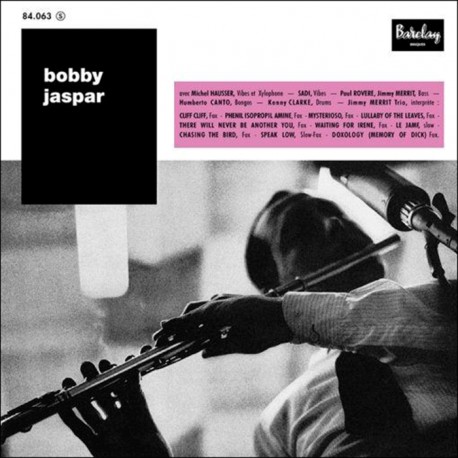 Belgian jazz artist Bobby Jaspar died far too young at age 37 in 1963, but fortunately made a handful of memorable dates as a leader. This is the last studio session under his name. Jaspar sticks exclusively to flute on these December 1958 studio recordings. He's joined by drummer Kenny Clarke, Sadi Lallemand or Michel Hausser (who also doubles on xylophone) on vibes, and either Paul Rovere or Jymie Merritt on bass, as well as percussionist Humberto Canto (on one of the two sessions). Jaspar's soft arrangements prove very appealing for his originals, standards such as "Lullaby Of The Leaves" and "There Will Never Be Another You", and classic jazz tunes (an exotic "Misterioso" and a Latin- flavored "Chasin' The Bird", the latter featuring Hausser on xylophone). This is easily one of Jaspar's finest recordings as a leader.