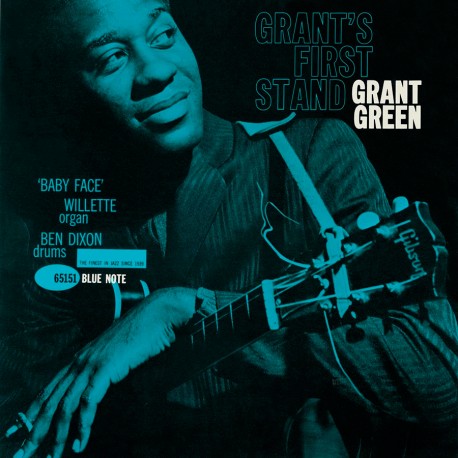 Grant Green's debut album, Grant's First Stand, still ranks as one of his greatest pure soul-jazz outings, a set of killer grooves laid down by a hard-swinging organ trio. For having such a small lineup -- just organist Baby Face Willette and drummer Ben Dixon -- the group cooks up quite a bit of power, really sinking its teeth into the storming up-tempo numbers, and swinging loose and easy on the ballads.