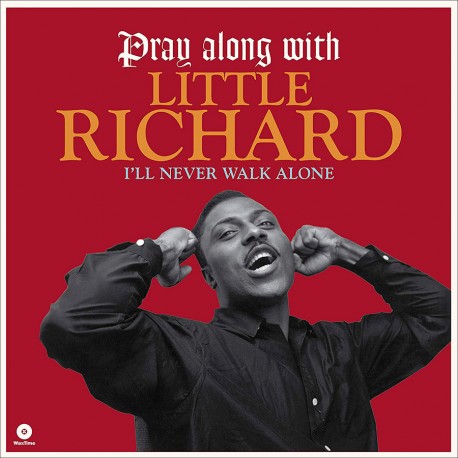 This very special release contains one of Little Richard’s most difficult to find LPs, originally issued on George Goldner’s* local Goldisc label in 1960: Pray Along with Little Richard (subtitled I’ll Never Walk Alone), where he presented gospel songs and spirituals recorded in late 1959. The album marks Richard’s first attempt at religious material, and it has been long unavailable on vinyl. Note this collection of songs was retitled Sings Spirituals (for the United label) and Little Richard Sings Freedom Songs (for the Crown label) on future reissues. “It was just the kind of music I had always wanted to record,” Little Richard once declared. “After it was released the offers for gospel concerts started pouring in.”

In addition to the original 1960 album, this WaxTime collector’s edition includes 2 bonus tracks, which were cut by Little Richard during the same sessions: “In My Heart” and “Everytime I Feel the Spirit.”

LITTLE RICHARD, vocals and piano, plus: