Link Wray and The Wraymen (ROCK AND ROLL) 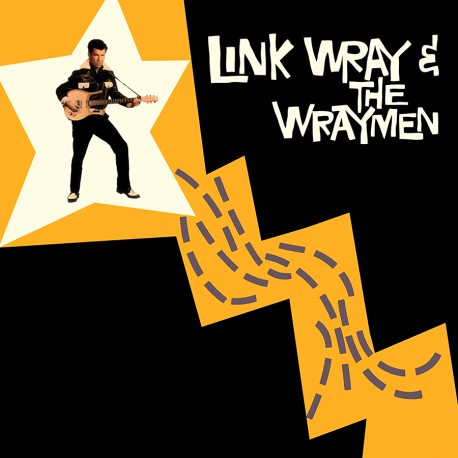 Link Wray and The Wraymen

This special LP edition includes Wray’s magnificent and essential debut album, Link Wray & The Wraymen (1960). The instrumental long play was a slapped-together affair, combining both sides of his first three Epic singles with half a dozen other numbers. Highlights include some ingeniously devious rockers like “Raw-Hide,” the floor-rush of “Right Turn,” the slow, drunken walk of “Rendezvous,” the garage punk of “Radar,” and a reworking of his classic “Rumble,” here titled “Ramble” (which explores the same catchy riff with piano accompaniment), as well as other great instrumentals such as “Hand Clapper,” and “Comanche.” The songs do tend to play off pretty basic early rock & roll chord progressions, and exhibit a more pronounced Duane Eddy influence (mainly on “Raw-Hide,” but also on “Dixie-Doodle,” “Hand Clapper,” and “Caroline”) than his later work would.

In addition to the original masterpiece, this collector’s edition also includes 4 bonus tracks from the same period, consisting of Wray’s first single “Rumble” (which was originally released in March 1958 by the Cadence label), and the fabulous but underrated numbers “Johnny Bom Bonny,” “Mary Ann,” and “Roughshod,” which deserve greater recognition.