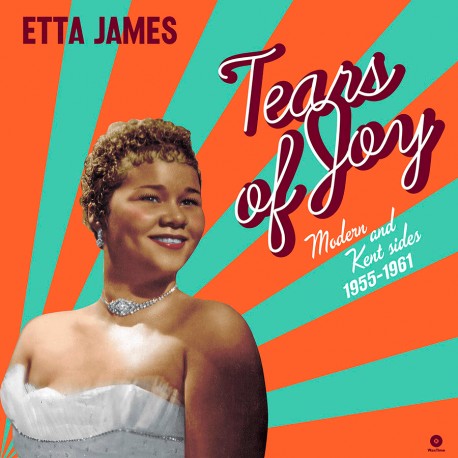 This special release on vinyl includes 18 studio tracks, consisting of a wide selection of those sensational sides Etta James made for the Bihari brothers’ Modern and Kent labels between1955 and 1961. Highlights include “Good Rockin’ Daddy,” “W-O-M-A-N” (a response to Bo Diddley’s “I’m a Man”), “Hey Henry”, “Be Mine” and “How Big a Fool.” It also features touching mid-tempos (“Tears of Joy”), novelties (“Shortnin’ Bread Rock”), and a convincing attempt to beat Little Richard at his own game (“Tough Lover”), among many other R&B staples.

This set also contains a number of James’ hard to find sides and lesser-known songs which were not originally released as singles (7-inch format). They were included instead on the obscure long play compilation, The Best of Etta James (issued by the Bihari’s subsidiary Crown label in 1961). The compilation features lesser-known songs like “Nobody Loves You Like Me,” and the funny “Hickory Dickory Dock,” as well as the splendid “You Know What I Mean” (which was written by Tamla-Motown’s founder, Berry Gordy, Jr.).