Hymns from the Heart (COUNTRY) 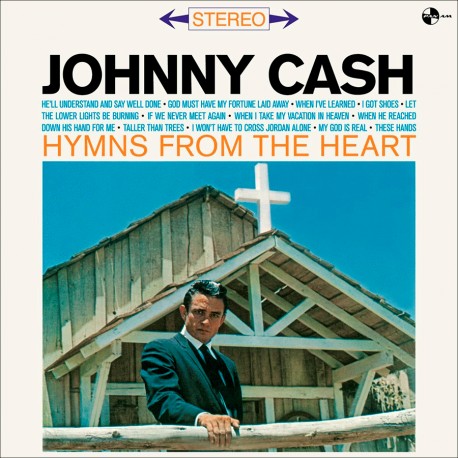 Hymns from the Heart

This quintessential edition features one of Johnny Cash’s most difficult to find LPs, originally released on the Columbia label in 1962: Hymns from the Heart. Apart from one of his originals (“I Got Shoes”), it’s made up of standard hymns that he sang in church growing up, before he became a professional musician and famous star. In fact, it has a more traditional hymn-gospel feel than Cash’s previous album of hymns, Hymns by Johnny Cash (Columbia, 1959), which doesn’t really sound that different from his prior secular work. The LP remains accessible to Cash fans regardless of their religious persuasion. While the earlier gospel album matched his booming voice with the classic rockabilly and country rhythms of guitarist Luther Perkins to surprisingly good effect, on this record Cash delivers a more conventional country-gospel effort.