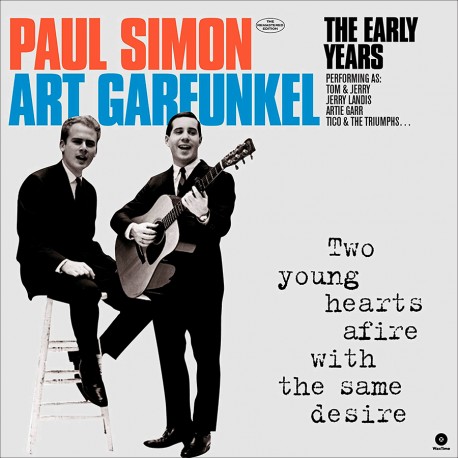 This essential LP edition includes 19 remastered studio tracks from Paul Simon and Art Garfunkel’s early years, consisting of a variety of seminal songs and hard-to-find sides they made for different labels (like Big, Bell, Madison, Octavia, Amy and even MGM) between 1957 and 1962. In addition to their initial project as Tom and Jerry, Garfunkel released some single records under the name Artie Garr. Simon also began writing songs independently and recording under such stagenames as True Taylor, Tico & The Triumphs, and Jerry Landis.