> Sellos>Capitol>Complete Birth of the Cool 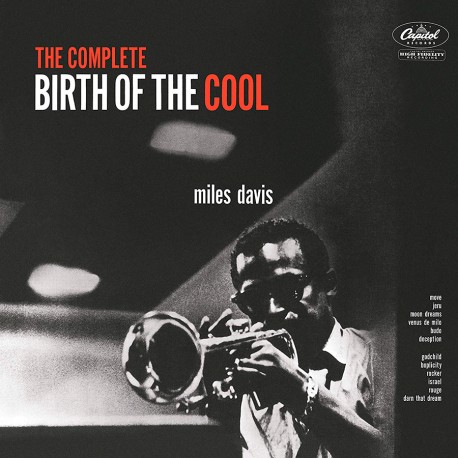 Complete Birth of the Cool

Universal has just presented their new, definitive edition of the classic Miles Davis album BIRTH OF THE COOL. A unique recording, it consisted in a nonet that featured such names as Gerry Mulligan, Lee Konitz, Kai Winding, J. J. Johnson, John Lewis, Al Haig, Kenny Clarke and Max Roach, with arrangements by Gil Evans and Mulligan, among others. While the group didn't last for long due to its lack of commercial success, the music they produced is considered among the greatest achievements in jazz.

It also contains all of the group's existing radio broadcasts, privately recorded by jazz buff Boris Rose from the Royal Roost in New York shortly before the studio dates. While sound quality is obviously not as good here as in the Capitol sides, these glorious broadcasts are now in their entirety for the first time, and presented with the best possible fidelity.