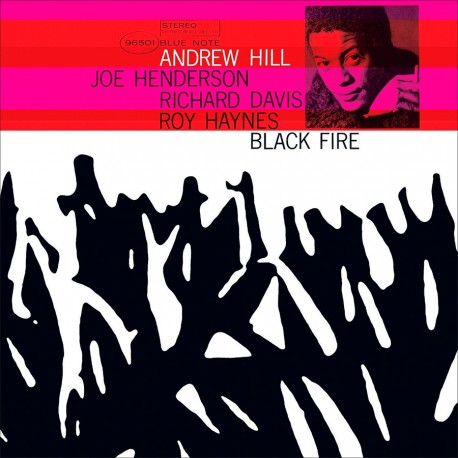 Andrew Hill’s Black Fire is both the pianist and composer’s debut and an acknowledged masterpiece of modern post-bop jazz. Featuring a sublime quartet with Joe Henderson on tenor saxophone, Richard Davis on bass, and Roy Haynes on drums, the music still sounds as fresh today as it did the day it was recorded in November 1963, the start of an astounding creative streak that also produced Hill’s great albums Smokestack, Judgment!, and Point of Departure during a period of just 4 months.