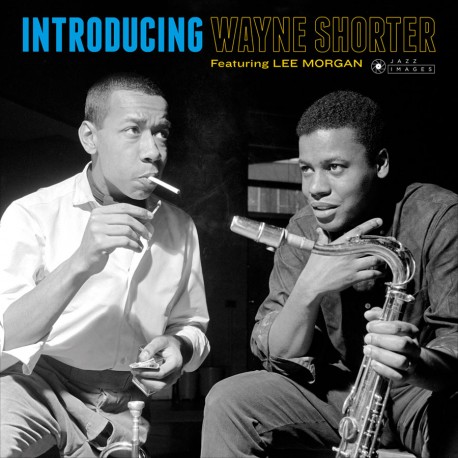 Wayne Shorter (born in Newark, New Jersey, on August 25, 1933, he is 85 at this writing) made his debut as a leader with the LP presented here, which was appropriately titled Introducing Wayne Shorter. Shorter came to prominence in the late 1950s as a member of –and eventually primary composer for – Art Blakey’s Jazz Messengers. In the 1960s, he went on to join Miles Davis’s Second Great Quintet, and from there he co-founded the jazz fusion band Weather Report. He has recorded over 20 albums as a bandleader. Shorter can still be heard here in the post-bop style –more akin to the music he performed during that same period with Blakey’s Messengers. Joining him in the front line is his Messengers colleague, trumpeter Lee Morgan, while the rhythm section consists of the Wynton Kelly Trio, whose members were all working with Miles Davis at that time.