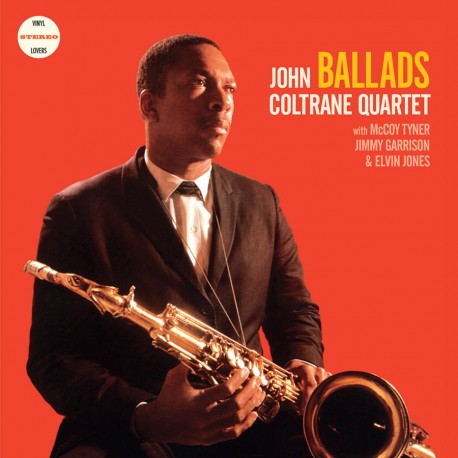 Presented here in its entirety, the celebrated 1962 LP Ballads album (Impulse AS-32) was the last word in John Coltrane’s ballad playing and became an instant hit. One of the most revolutionary saxophonists in jazz history, Coltrane was also a superb ballad player, capable of creating a very personal and intimate sound.

This album features the leader backed by the members of his classic quartet, with McCoy Tyner on piano, JimmyGarrison on bass, and Elvin Jones on drums.