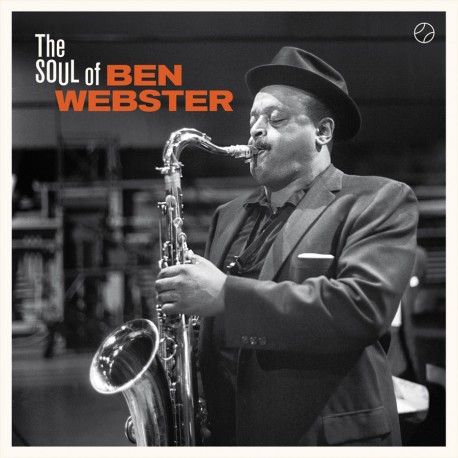 The Soul of Ben Webster

Ben Webster (1909-1973) was living in Los Angeles throughout the Fifties and early Sixties and although he found some appreciation of his music in California (and was frequently recorded by Norman Granz, as proven by this and many other albums), he was rarely heard beyond the West Coast. His resurgence began in 1963 when a once a week gig at the Shalimar in New York was extended to six weeks, which led to concerts and further club dates at Birdland and the Half Note. Although it seems hard to imagine, at the age of 56, Ben had never been to Europe once in his whole career. That would change when he travelled to Scandinavia to play concerts, plus an engagement at Jazzhus Montmartre in Copenhagen, Denmark. The ambiance there was always extraordinary, and the musicians invariably found it easy to relax in the completely informal atmosphere. Webster moved to Europe in 1964 and remained there until his death in 1973.