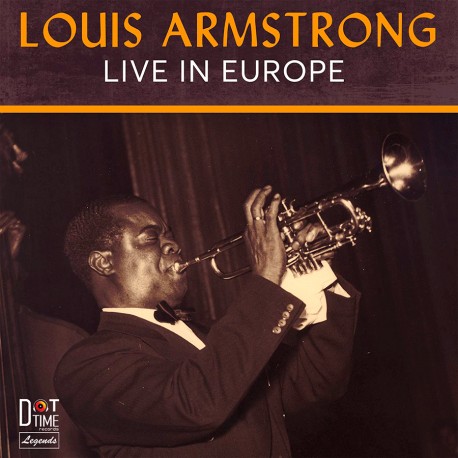 Armstrong made his first tour of England in 1932 and then lived in Europe between July 1933 and January 1935, but he did not return to the continent until the 1948 Nice International Jazz Festival. After his triumph in France in 1948, Armstrong returned for a longer tour of Europe in 1949 but didn’t stop in postwar Germany. He finally made it to Berlin on October 12, 1952 for a memorable concert that was broadcast on RIAS (Radio in the American Sector) in beautiful sound quality. The concert tape was collected by RIAS volunteer Winfried Maier, who donated his comprehensive collection of Armstrong-in-Germany materials to the Louis Armstrong House Museum and Archives in 2016

Listening to these glimpses of the marvelous music Armstrong made in France and Germany–two countries that still love him in the 21st century–there’s no better way to sum up the feeling than YEAH, DADDY!