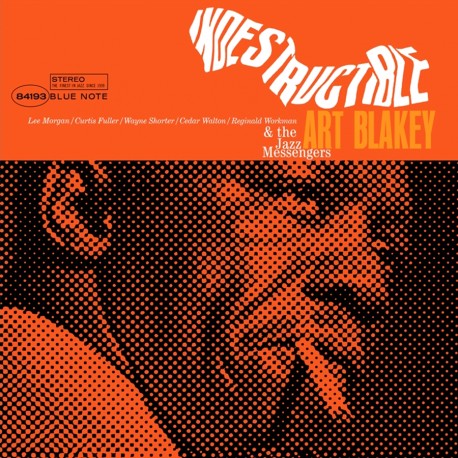 The word "indestructible" perfectly fits the legacy of the Jazz Messengers, the power of Art Blakey, and the music on this thrilling Blue Note album. Lee Morgan (who had recently succeeded Freddie Hubbard), Wayne Shorter and Curtis Fuller made an unbeatable frontline while Cedar Walton and Reggie Workman join Blakey in the rhythm section; talk about an all-star group! Performing their own originals, the band mixes together hard bop, soul jazz, modal music and funk to create a style that could really only be played on this level by the Jazz Messengers. The solos are exciting, the ensembles are powerful, and the passion of Blakey's drums pushes each of the young musicians to play at their most creative. This album is full of musical magic, more of which is revealed in each listen, and features one of Reid Miles' most iconic album cover designs to boot!