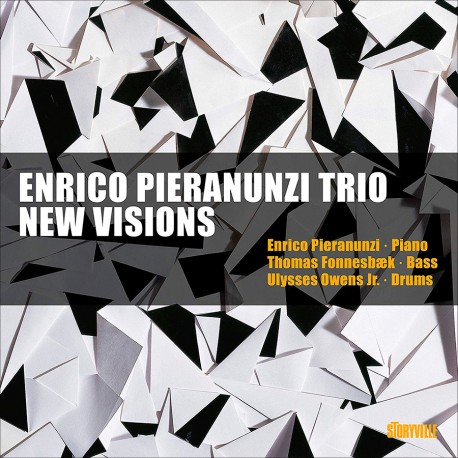 With New Visions, Enrico Pieranunzi demonstrates that at the age of 69 he is at the peak of his career. This recording bears witness to his greatness as a musician, and also how open he is in his musical approach. Chances are taken. It is a delight to hear this trio as it sets the standard for how jazz can be played, here and now.