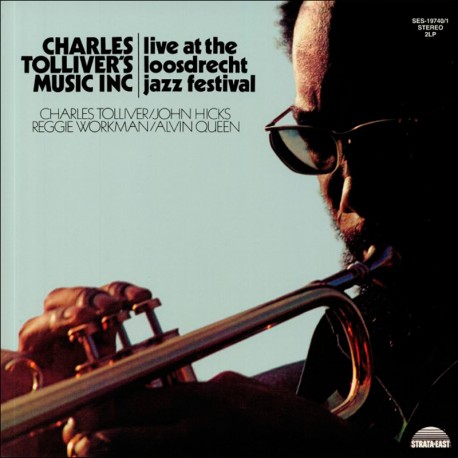 Live At The Loosdrecht Jazz Festival

This album is jazz of high energy and high sincerity. Jazz at its best. One of Tolliver's (and jazz's) masterpieces and recorded in 1972. Tolliver, one of the few talents who could take his instrument into the kind of long-blown, beautifully open territory, is really making magic here in a quartet that includes John Hicks on piano, Reggie Workman on bass, and Alvin Queen on drums. This particular Music inc. Big Band makes remarkable music and reaffirms the apotheosis of the Music Inc. album of trumpeter Charles Tolliver's singular creative vision. Titles are all nice and long and include "Grand Max", "Truth", "Prayer For Peace", "Our Second Father" and "Repetition".