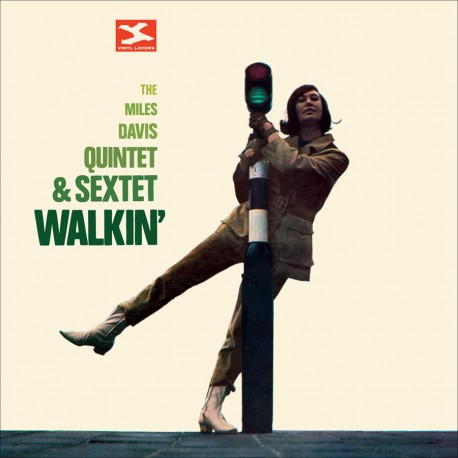 Walkin’ (Prestige PRLP-7076) is a key album in Miles Davis’ discography. It contains the product of two rather different sessions. The first date (which is actually the second chronologically) yielded just two tracks, although they were long enough to fill up one side of an LP. The other session produced four titles, three of which (“Solar”, “You Don’t Know What Love Is” and “I’ll Remember April”) were originally issued on a 10-inch LP. When the regular size for a disc soon became 12 inches, the decision was made to couple both sessions on the now classic album Walkin’. However, “I’ll Remember April” was now too long to fit on an LP side with the two other issued tunes. Instead, it was replaced with the shorter “Love Me or Leave Me”. The current release compiles both of these sessions in their entirety.