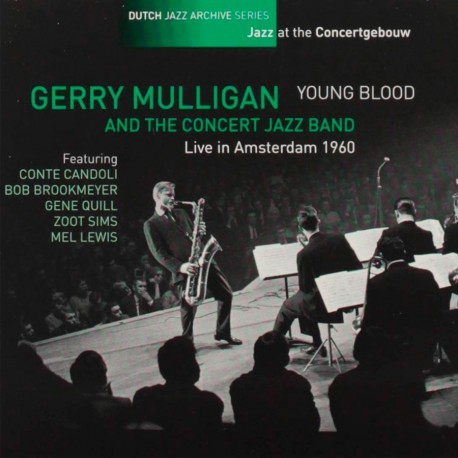 A previously unreleased concert of the Concert Jazz Band led by Gerry Mulligan at Amsterdam’s Concertgebouw in November 5th, 1960. Gerry Mulligan launched his Concert Jazz Band in the spring of 1960. Norman Granz, promotor of Jazz at the Philarmonic and owner of the Verve label stepped right in to record the orchestra and take it on an European tour. The three-week European tour of November took the band to cities such as Gothenburg, Berlin, Milan, basel, Copenhagen, Genoa, Paris and Stockholm. The two concerts in Holland on November 5th (at 8:15 pm in The Hague and at midnight in Amsterdam) were both sold out.