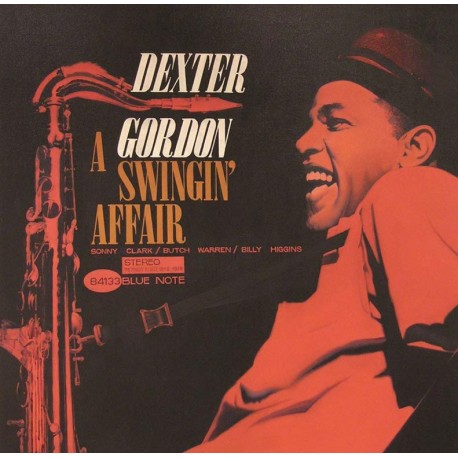 Two days after recording his best selling album, Go!, Dexter Gordon followed with another classic, A Swingin' Affair. The tracks are full of Gordon's unique and innovative improvisations supported by his returning line-up, with Sonny Clark on piano, Butch Warren on bass, and drummer Billy Higgins. A Swingin' Affair brings a relaxed and upbeat feeling to a hard-bop influenced band.