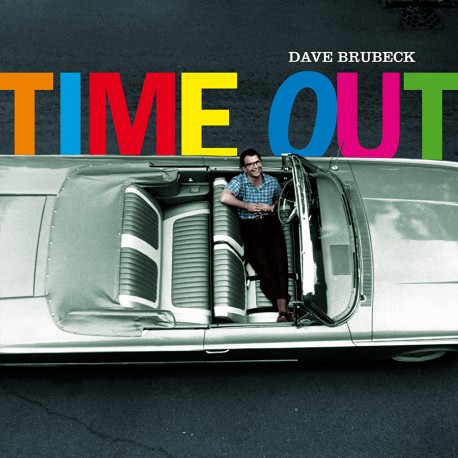 “Time Out has become one of those special records that even people who don’t buy jazz records tend to own. You might put Miles Davis’ Kind of Blue (available in this same series) in the same category, along with something by Billie Holiday and maybe Louis Armstrong. The point is that people don’t always want ambiguity and pain in their music. They sometimes want precisely that quality of clear-sightedness that Brubeck always conveyed. Putting on a Brubeck album, especially this one, is like boarding a plane and hearing the captain’s voice describing the day’s route. It will take you somewhere exotic, by routes and procedures you don’t understand; but you believe in it.” - PENGUIN GUIDE TO JAZZ

“Much like Miles Davis’ Kind of Blue, Time Out by the Dave Brubeck Quartet has never lost its power of fascination. On these unforgettable tunes, Dave Brubeck and his alter ego Paul Desmond seem to be painting a canvas. Every note is like a touch of color, expertly distilled, subtly hypnotic, ideally thought. Time Out opened the doors of jazz perception to millions of people, and continues to do so.” - JAZZ MAGAZINE