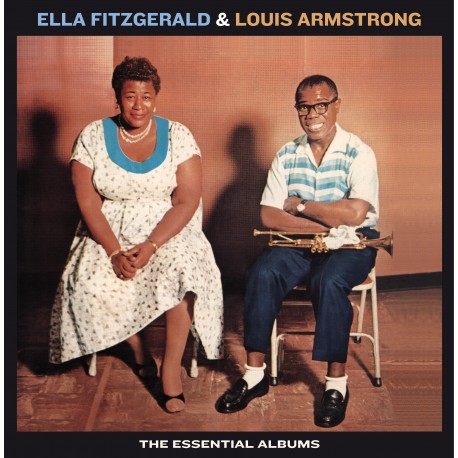 • A pinnacle of popular singing!

• Includes their two small group masterpieces in their entireties:

(*) ELLA & LOUIS: 5 STARS DOWNBEAT MAGAZINE - “Ella & Louis is one of the very, very few albums to have been issued in this era of the LP flood that is sure to endure for decades.” (Nat Hentoff) Voted number 636 in Colin Larkin’s All Time Top 1000 Albums (*) ELLA & LOUIS AGAIN (2-LP SET): 5 STARS DOWNBEAT MAGAZINE - “This set is more relaxed and more successful than their previous cooperative venture. It can hardly fail to break sales records for them both.” (Leonard Feather)