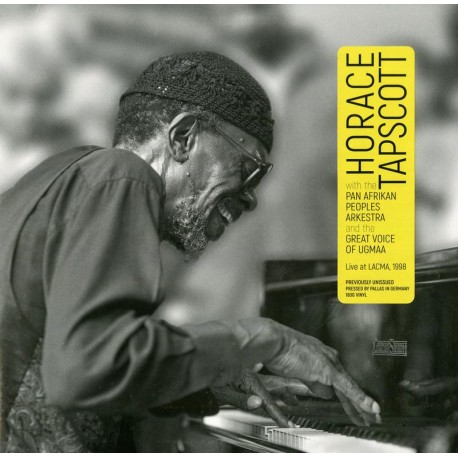 Presented on 180-GRAM VINYL are previously unpublished live recordings from 1998, featuring the legendary Pan-Afrikan Peoples Arkestra, led by its founder and mastermind Horace Tapscott. Tapscott's Pan-Afrikan Peoples Arkestra was one of the most transformative, forward-thinking and straight-up heavy big bands to have played jazz in the 1960s and 1970s! The LP includes liner notes by Steven Isoardi, song lyrics and photos from the performance by Warren Berman.

A Fela Fela
B Why Don't You Listen?