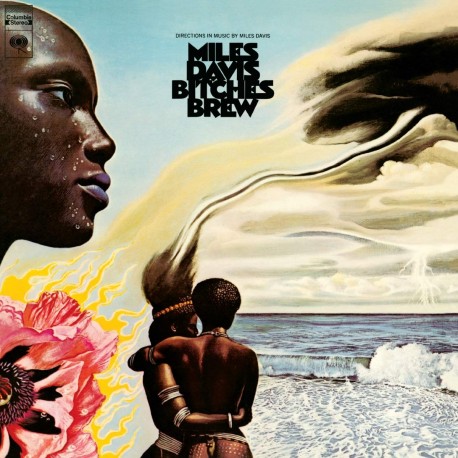 Bitches Brew is a studio album by jazz musician, composer, and bandleader Miles Davis, originally released on March 30, 1970. It marked his continuing experimentation with electric instruments that he had previously featured on the critically acclaimed In a Silent Way (1969). With these instruments, such as the electric piano and guitar, Davis rejected traditional jazz rhythms in favor of loose, rock-influenced arrangements based on improvisation. In subsequent years, Bitches Brew gained recognition as one of jazz's greatest albums and a progenitor of the jazz rock genre, as well as a major influence on rock and funk musicians.