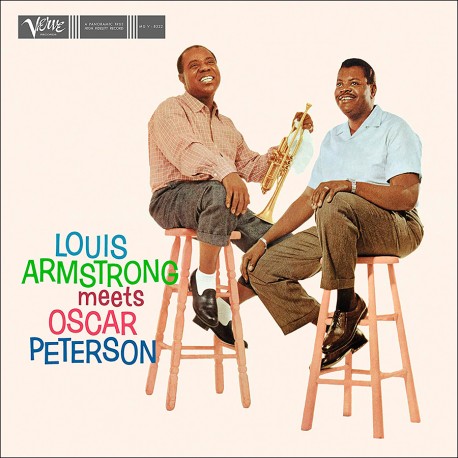 Louis Armstrong Meets Oscar Peterson is a brilliant undertaking in which Verve’s legendary “house pianist” encountered one of jazz’s most revered giants. A significant part of Peterson’s genius was his ability to be an exceptional pianist and leader, while also being a perfect accompanist when the circumstance demands… and in a situation like this, to be both. Armstrong is not only recognized as one of the most innovative, singular, fascinating and beloved artists of the 20th century, but also one of the most generous in the way he embraced and stimulated his collaborators. Backed by the Oscar Peterson Trio – bassist Ray Brown and guitarist Herb Ellis, and augmented by frequent fourth member Louis Bellson on drums – these peerless heavyweights created an album that is utterly compelling, radiantly jubilant and consummate in artistry.