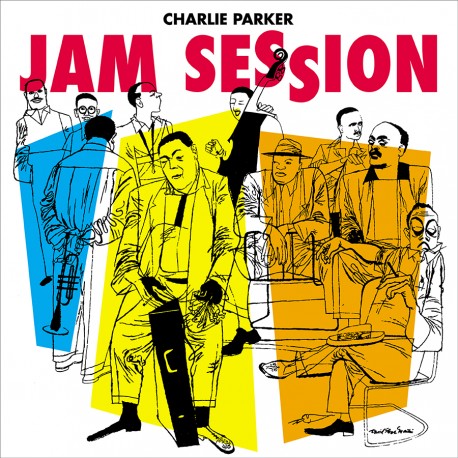 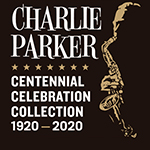 Very much in line with his “Jazz at the Philharmonic” concerts, which were intended to recreate the magic of a spontaneous jam session in front of a massive audience, producer Norman Granz also brought together several first-rate jazz soloists in the studio in order create “Jam Session” albums. The 1952 session presented here marks the first of a series that would include nine additional extended dates and feature numerous other musicians. This 1952 date is the only one of the series featuring Charlie Parker. It was originally divided onto two LPs, the first volume bearing a yellow cover, and the second one with the same David Stone Martin illustration but with a red cover. Norman Shrdlu, listed as the composer of “Jam Blues”, is a fictitious name often employed by Granz for collectively created blues performances.

Jam Session marks Charlie Parker’s only recorded encounter with Charlie Shavers, Ben Webster or Johnny Hodges. He had participated with Benny Carter (and also with a third alto saxophonist, Willie Smith) on a taped 1946 AFRS radio show that constitutes their only other conjunct recording. Bird and Flip Phillips had a long history of recording together, beginning with a Sarah Vaughan session for the Continental label in 1945 and a Red Norvo date for the Comet label that same year, as well as further studio dates and JATP live performances organized by Granz. Barney Kessel had recorded with Parker in 1947 during the Dial session that produced among other titles the celebrated “Relaxin’ at Camarillo”. Bird and Oscar Peterson only recorded together on one other occasion, a March 25, 1952 big band session that was also made for Norman Granz. During the time Jam Session was recorded, Parker was trying to stay away from heroin, but that accentuated his alcohol consumption, as shown in the photographs taken at the date, where he looked tired and had gained much weight. His playing, however, was truly exceptional. For the ballad medley Bird chose “Dearly Beloved”. This is the only reading of the tune in the entire Parker discography, either live or in the studio.