> Sellos>Phoenix>And the Good Book + Louis and the Angels 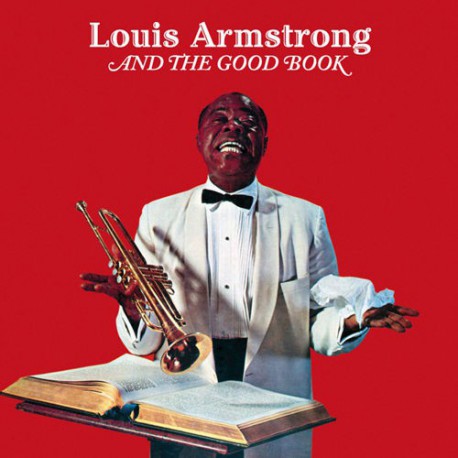 And the Good Book + Louis and the Angels

And the Good Book + Louis and the Angels

Notify me when available
2 LPS on 1 CD
The complete classic album Louis and The Good Book, which presents Satchmo playing and singing timeless spirituals and traditional songs with arrangemet by Sy Oliver.
The bonus album, Louis and the Angels, was also arranged by Oliver. It has Armstrong performing angel-related tunes. As an extra bonus, the rare unedited version of Louis’ superb 1957 instrumental duet with Billy Kyle on “Dear Old Southland”, based on an old spiritual.

The two albums included here were among the “pop intended” productions Decca put into the market in the mid-fifties, in an attempt to sell Louis Armstrong to a wider audience. In fact, in addition to being a seminal jazz figure both as a trumpeter and as a vocalist, Louis had always been a true pop artist. In any case, despite being less jazz-oriented than the aforementioned items, Louis and the Good Book and Louis and the Angels (especially the former) also contain their gems. These were not Armstrong’s first recordings of spiritual tunes. He had done some renderings of these songs in the thirties, and he probably knew all of them since childhood as part of his cultural heritage. His approach to this music is at the same time irreverent, profound and deeply moving, in the way only great artists can achieve. He is always far away from being pompous and his rendering of spirituals is certainly more “spiritual” in a wider sense than merely religious. In any case, he surely loved most of this material, and Sy Oliver’s arrangements still work providing Louis a fine background for his inimitable performances.
Personnel:

TOTAL TIME: 79:34
All arrangements by SY OLIVER except 11 (Milt Gabler)