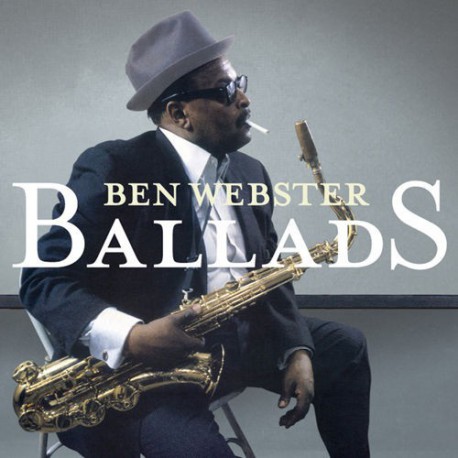 This release presents some of the most impressive Ben Webster sessions from the fifties, showcasing his romantic side and his full and warm sound on beautiful ballads. Originally compiled on a classic 2LP set titled BALLADS, this music presents Webster accompanied here by old friends like Billy Strayhorn, Teddy Wilson and Jimmy Hamilton. Also featuring Tony Scott, Hank Jones, George Duvivier and Louie Bellson as well as orchestras arranged by Strayhorn and Ralph Burns.

“Yes, I would say that, I approach ballads and up tempos in a different manner. And I do it, mostly, for a change of pace. You wouldn’t want to play ballads all night. Anything gets monotonous. And you wouldn’t want to play blasting numbers all night, either. So I try to mix it up. I like to play things that people understand, or maybe tunes that they could recognise. And so—I play for the people, just as much as for myself. Because, as I say, I still like to play.”
BEN WEBSTER (speaking to Les Tomkins, 1965)