> Sellos>Fresh Sound Records>Plays Arrangements from the Pen of J. Richards And

Plays Arrangements from the Pen of J. Richards And (FSRCD 624) 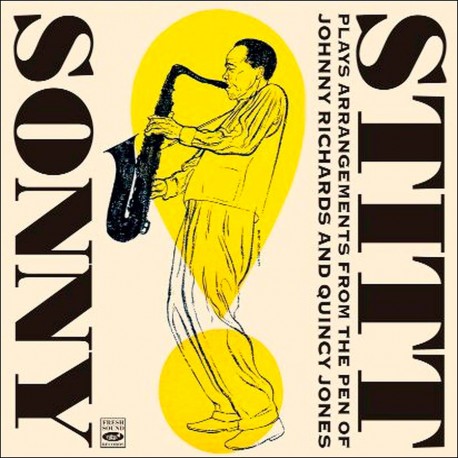 Plays Arrangements from the Pen of J. Richards And

Plays Arrangements from the Pen of J. Richards And

This CD set contains two of Sonny Stitt's earliest, most important albums.Backing his superb work on alto and tenor are bands conducted by two of the finest jazz arrangers: Johnny Richards, and Quincy Jones in one of his first and best efforts in the field. On the two sessions from 1953, Richards provides interestingly harmonized ensemble colours, and though Stitt gets most of the solo space, Kai Winding, Don Elliott, and the rhythm section also deliver some of the set's most memorable moments. The 1955 sessions are, if anything, even better. Quincy Jones’s writing is crystal clear; clean, swinging, and beautifully constructed. Stitt is again the main soloist, playing alto - his best instrument - but there are significant contributions from Hank Jones, Oscar Pettiford, and Jimmy Nottingham throughout.

With the power of his playing, the irresistible impact of his emotion, and the implacable certainty of his beat, Stitt proved to be the best of all those who blew directly in the Parker idiom.
Personnel on tracks #1-4:
Sonny Stitt (as, ts on #1-4), Don Elliott (mellophone),
Kai Winding (tb), Sid Cooper (ts, piccolo), George Berg (bs),
Horace Silver (p), Charles Mingus (b), Don Lamond (d).
Johnny Richards (conductor & arranger).
Recorded at Coastal Recording, New York City, on March 18, 1953.