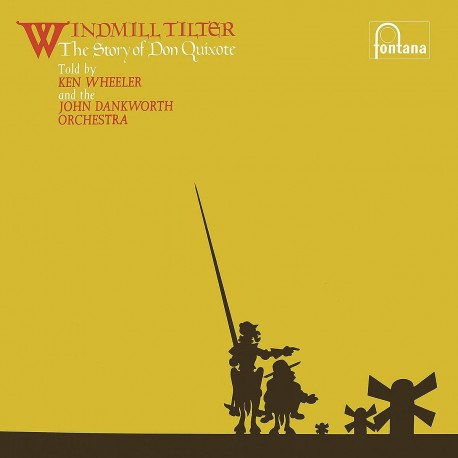 Recorded in March 1968 a reticent Wheeler was encouraged by Dankworth to write an album while recovering from dental surgery that put him out of commission. This album is a chance to hear bassist Dave Holland and a young John McLaughlin before they headed to North America for greater fame.

Kenny Wheeler was a musician who was more than well-schooled in the conventions of charts and dance bands. His contributions with artists of London’s free jazz scene such as Trevor Watts, Derek Bailey, and Evan Parker, proved his ample flexibility and showed he was capable of inhabiting both the free environment and the more formal and controlled settings of a big band and orchestra. But for this project, he cut loose and showed a more improvisational skill and free will to go off-grid. It was recorded with the John Dankworth Orchestra filled with young and upcoming other talents that helped make this such a fine example of modern jazz, big band, and orchestral styles.

The majority of this 41-minute, nine-part suite, based on the life of Don Quixote, features an ensemble stretching to over 15 players, two quintet tracks with Wheeler, McLaughlin, and Holland, along with saxophonist Tony Coe and drummer John Spooner, presage later exceptional small ensemble work, including Wheeler's award-winning Gnu High (ECM, 1976). Wheeler's large ensemble pieces, constituting the bulk of the disc, foreshadow also later large ensemble work like Song for Someone (Psi, 1973) and the more expansive Music for Large & Small Ensembles (ECM, 1990).

SIDE A
A1. Preamble
A2. Don The Dreamer
A3. Sweet Dulcinea Blue
A4. Bachelor Sam
A5. Sancho

SIDE B
B1. The Cave Of Montesinos
B2. Propheticape
B3. Altisidora
B4. Don No More