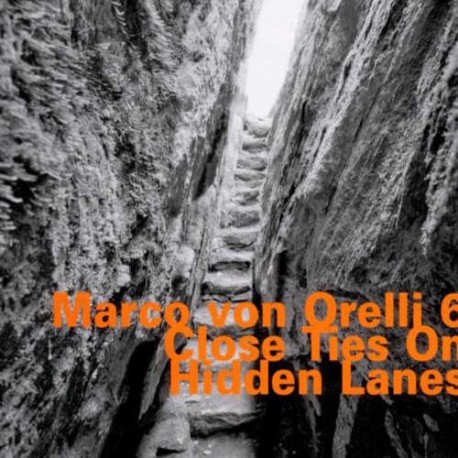 Notificarme cuando esté disponible
Music of invention, recollection, and imagination. Images, metaphors and associations that show us ways out of whateverism. And yet a music that can stand alone by itself – the music of a trumpet player who has an unmistak- able tendency to melos and at the same time is fully aware that you have to break with tradition if you want to come up with an authentic melody. On this debut album under his own name, Marco von Orelli also reveals himself as a conceptualist capable of creating a unique ensemble sound. A great contrast to conventional stylistic concepts, this sound is based on such structural principles as change and variation, as it evolves within anself-determined system of coordinates ... Following hidden lanes together, they are a close-knit collective. — Bert Noglik
PERSONNEL: