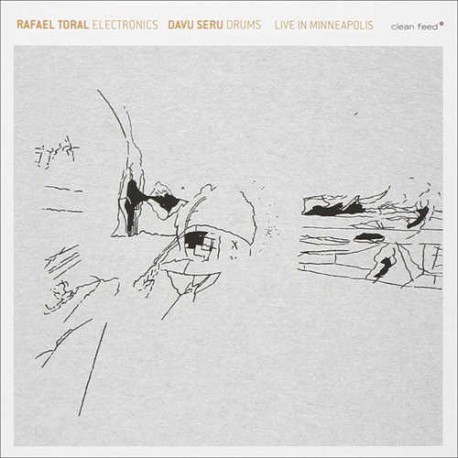 Notificarme cuando esté disponible
«Everything in the Space Program is jazz, except the music» - this paradoxical quote from a recent interview given by Rafael Toral about his “post-free jazz electronic music” concept, the mentioned Space Program, is enlightening enough about what we find in this surprising CD – a new approach to the sound world, at the same time providing us elements of immediate recognition, namely the typical jazz phrasing and the sound world of early electronic music. The liner-notes written by critic Jesse Goin couldn’t be more enthusiastic: “In Toral’s program, both jazz and electronic music are approached as if their respective conventions and self-limiting baggage are simply grist for his mill, to be assimilated, jettisoned or integrated as he sees fit.”
Live in Minneapolis documents one of the concerts in Toral’s 2011 tour of the United States. In some cities, he played with local musicians, and in Minneapolis his partner was drummer extraordinaire Davu Seru, known from his collaborations with Milo Fine, Evan Parker, Fred Lonberg-Holm, George Cartwright, and for “a generosity of playing spirit that finds Seru more often than many of his contemporaries laying out, yielding to silence, granting unfettered playing space to his collaborators”. Davu brought a conventional drum kit and Toral his custom portable electronics, to a first meeting finding both musicians at their highest level. The music here has a direct, tense, live feeling and a kind of drive and power you usually don’t find in anything with electronic parameters, while the drums display a rare kind of dynamic transparency. This could actually be a strange kind of “space jazz” — not the “sci-fi” type, but a music full of space, here in its most organic and gutty expression — even though the word “jazz” can be problematic for some listeners. After all, Rafael Toral (someone who played with such different people as Michael Zerang, Chris Corsano, John Edwards, John Zorn, Jim O’Rourke, Joe Morris, Christian Marclay, Rhys Chatham, Keith Rowe and Christian Fennesz) is used to deal with paradox…