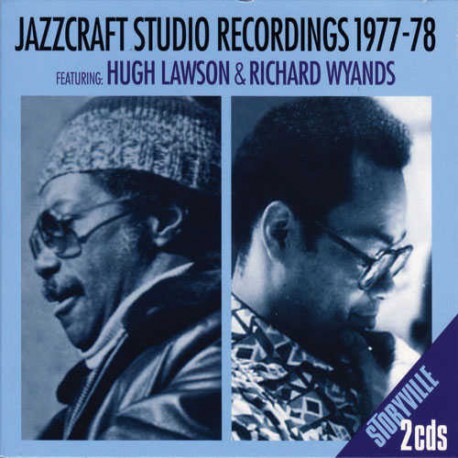 Notificarme cuando esté disponible
About Hugh Lawson:
One of many talented Detroit pianists of the 1950s (although one of the lesser-known players), the Bud Powell-inspired Hugh Lawson first gained recognition for his work with Yusef Lateef during the late ‘50s. He recorded with Harry “Sweets” Edison (1962), Roy Brooks, and Lateef on several occasions in the 1960s. In 1972, he was with the Piano Choir (a group with seven pianists). Lawson went on tours with Charles Mingus in 1975 and 1977 and made recordings with Charlie Rouse (1977), George Adams, and as a leader for Storyville and Soul Note.

About Richard Wyands
A fine pianist whose chord voicings are a little reminiscent of Red Garland, Richard Wyands has spent most of his career as a sideman. He started working in local clubs when he was 16, graduated from San Francisco State College, and gained experience playing in the San Francisco Bay area. Wyands, who was a sideman on a few early dates for Fantasy, spent time accompanying Ella Fitzgerald (1956) and Carmen McRae. He moved to New York in 1958, where he played with Roy Haynes, Charles Mingus (1959), Gigi Gryce’s quintet, Oliver Nelson, Etta Jones, Eddie “Lockjaw” Davis, and Gene Ammons, among others. Wyands was associated with Kenny Burrell, with whom he toured extensively during 1964- 1977, and has played with many other top musicians, including Freddie Hubbard, Zoot Sims, Frank Foster, the Illinois Jacquet Big Band, Benny Carter, Ernie Andrews, and Milt Hinton, among others. Richard Wyands has also headed his own trios, but has only had a handful of sessions as a leader thus far, including a 1978 date for Storyville and sessions for DIW (1992) and Criss Cross (1995).