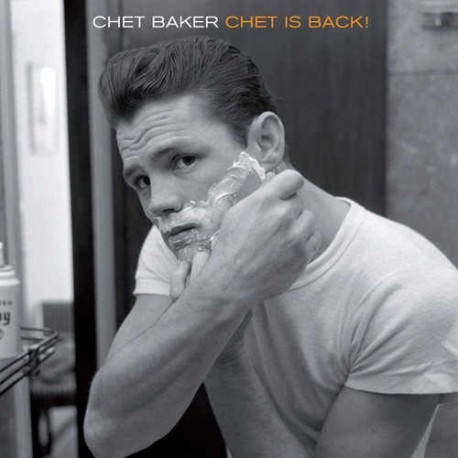 This CD presents Chet Baker’s complete original album Chet Is Back! (RCA Italy LP M10307), recorded in Rome three weeks after the trumpeter was released from jail for his ninth drug bust. He is accompanied by a group of notorious European players, the most famous of which, Bobby Jaspar and René Thomas, had their own drug problems (Jaspar would die from a heart attack on February 28, 1963, at the age of 37; Thomas would follow on January 3, 1975, aged 47). As a bonus, a complete session recorded that same year by Baker mostly on vocals with an orchestra conducted by Ennio Morricone (celebrated for his soundtracks to the films of Sergio Leone), and two rare tracks (only previously issued on a long out of print CD) recorded for the radio in studio conditions in Baden Baden, Germany, in 1960.