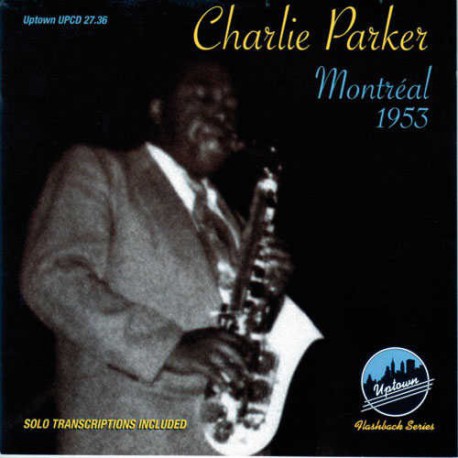 Rather than traveling with a band, Parker utilized local musicians, most of whom remain little known outside of Canada, aside from pianist Paul Bley, guitarist Dick Garcia, and bassist Hal Gaylor.
Some of the tracks from the live set at Chez Paree are incomplete because Parker walked off-stage to shut off the recorder while his sidemen soloed.
Some of the tracks from the television performance were in edited form, but fortunately one musician retained his unedited copy and complete versions were available for remastering, greatly improving the sound of the rhythm section.
In spite of Parker's notorious unreliability from his drug addiction, he is great form on both gigs, and his voice is even heard a few times talking clearly to the audience to introduce songs.
Tenor saxophonist Brew Moore also has a featured number ("Bernie's Tune") in place of Parker. It's refreshing to hear a live recording of Charlie Parker that consists of more than just his solos, and this laudable CD will be of great interest to his fans.