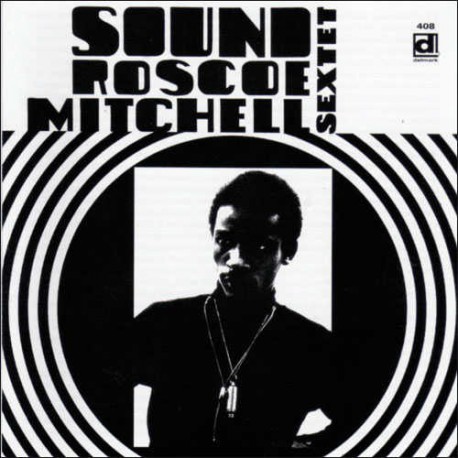 A landmark recording as well as the first documentation of the music of the AACM. The state of the Art Ensemble in 1966; a summary of the past and implications of things to come. This CD present another version of Ornette (a different arrangment) and two takes of Sound ( the LP version was a composite)

Sound, Roscoe Mitchell's debut as a leader, was an early free jazz landmark and an enormously groundbreaking album in many respects. Historically, it marked the very first time that members of Chicago's seminal AACM community appeared on record; it also showcased the early chemistry between future Art Ensemble of Chicago members Mitchell, Lester Bowie, and Malachi Favors. Arrangement-wise, it employed a number of instruments largely foreign to avant-garde jazz -- not just cello and clarinet, but the AEC's notorious "little instruments," like recorder, whistle, harmonica, and assorted small percussion devices (gourds, maracas, bells, etc.), heard to best effect on the playful "Little Suite." Structurally, Sound heralded a whole new approach to free improvisation; where most previous free jazz prized an unrelenting fever pitch of emotion, Sound was full of wide-open spaces between instruments, an agreeably rambling pace in between the high-energy climaxes, and a more abstract quality to its solos. Steady rhythmic pulses were mostly discarded in favor of collective, spontaneous dialogues and novel textures (especially with the less orthodox instruments, which had tremendous potential for flat-out weird noises). Simply put, it's an exploration of pure sound. It didn't so much break the rules as ignore them and make up its own, allowing the musicians' imaginations to run wild (which is why it still sounds fresh today). Sound's concepts of texture, space, and interaction would shortly be expanded upon in classic recordings by Anthony Braxton, Muhal Richard Abrams, the Art Ensemble of Chicago, and others; the repercussions from its expansion of free jazz's tonal and emotional palettes are still being felt. [Delmark's CD reissue includes two takes of "Sound," which were edited together to form the original LP version, and an alternate arrangement of the briefer free-bop tribute number "Ornette."] ~ Steve Huey