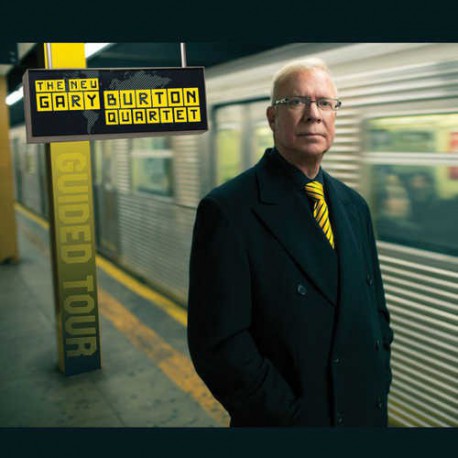 Notificarme cuando esté disponible
A popular phrase in years past was “Life Begins at 60,” but Gary Burton - as he has done so often throughout his career - is rewriting the book on retirement. Having turned 70 in January, an age when most artists begin to solely look back, Burton forges ahead with his new Mack Avenue Records album, Guided Tour, which solidifies the reputation of his next great band, The New Gary Burton Quartet.

On Guided Tour, jazz’s most innovative and accomplished vibraphonist proves that The New Gary Burton Quartet - which he premiered last summer on his Mack Avenue debut, Common Ground - was no one-trick pony. Featuring the prodigal guitar genius Julian Lage as well as two veterans, bassist Scott Colley and drummer Antonio Sanchez, Guided Tour provides a road map to one of the most dynamic bands on the scene today.