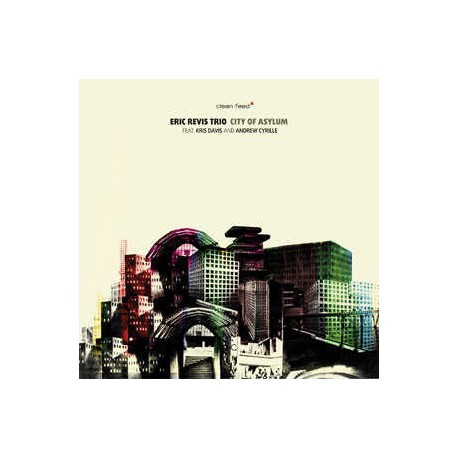 Can you tell when a straight-ahead jazz performance – live or recorded – is also an experimental one? No? We can: it happens when Eric Revis is involved, being this double bassist the not-enough-recognized link between Betty Carter and Peter Brotzmann. “City of Asylum” was born from an idea with improbable potential to become a reality – his thought was: what about if I start a trio with a free jazz veteran and a post-everything rising star, would that work? And what about if those roles are represented by Andrew Cyrille, Cecil Taylor’s drummer from the mid-Sixties to the mid-Seventies and now an established, mainstream voice, and young Kris Davis, maybe the most expressive and surprisingly minimalistic of the present day creative pianists? Strange? Not so: since the first gathering a spark happened and this is a trio in continuous development. There’s only three compositions played, by Thelonious Monk, Keith Jarrett and Revis himself; the rest are improvisations. So cohesive that it seems written note by note.