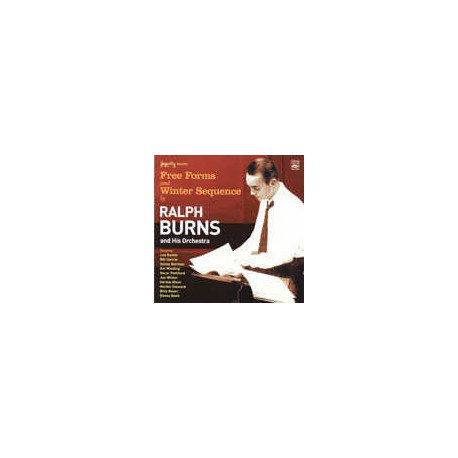 Track 1: This CD opens with the Norman Granz-recorded piece by Ralph Burns, "Introspection" (1946), a short mood piece with several changes in rhythm.

Tracks 2-9: The compliation continues with tracks from 1951, again for Granz, when Burns recorded "Free Forms", a series of random thoughts, little melodies set down for a small chamber orchestra. Some of them are jazz tunes, some are not. All are representative of a wide range of music, from Bach and Verdi to Duke Ellington and Charlie Parker.

Tracks: 10-17: This CD is rounded out by the 1954 Leonard Feather suite "Winter Sequence" - played by an eleven-piece band for which Ralph built the arrangements of each number as a miniature concerto tailored to the talents of the featured musician.