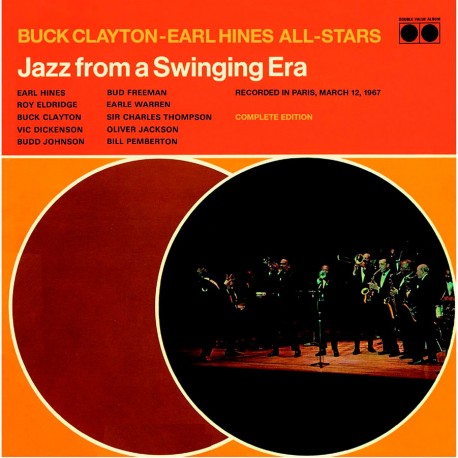 Jazz from a Swinging Era

Jazz from a Swinging Era

This record contains the complete studio date recorded in Paris on Sunday, March 12, 1967, the fourth day of a 28-day tour that was to cover 10 countries and was the result of approximately 10 months of preparation. The night before the recording, the group performed at the Olympia, in Paris. The stereo recording they made that day was later released on 2LP on Fontana.

The session features a large all-star assemblage with some of the best mainstream jazzmen and contains also some of the high points culled from three of the twenty-seven concerts played. This was a "once in a lifetime" combination and this recording really is once in a lifetime recording. Buck Clayton called it "the best mainstream session ever recorded".