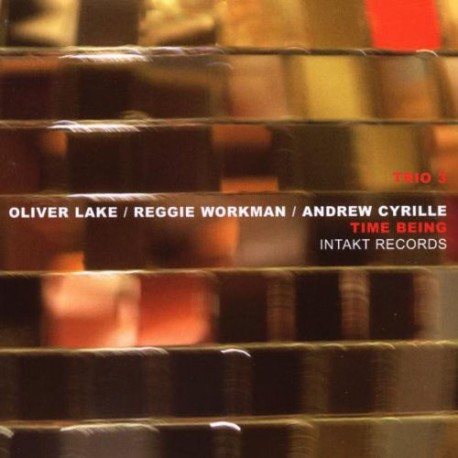 "Time being what it is, there are several ways to approach Time Being, the latest and best of the Trio 3 albums - among them, its miscellaneous approaches to time, ranging from meterless meditation to swing to stately waltzing; and the collective experience of the group's membership, a figure exceeding 130 years, for the time being. This cumulative experience involves the assimilation of every kind of jazz, from pre-bop mainstream to the furthest reaches of the avant-garde to sundry precincts on the world music front." (taken from the liner notes by Gary Giddins)