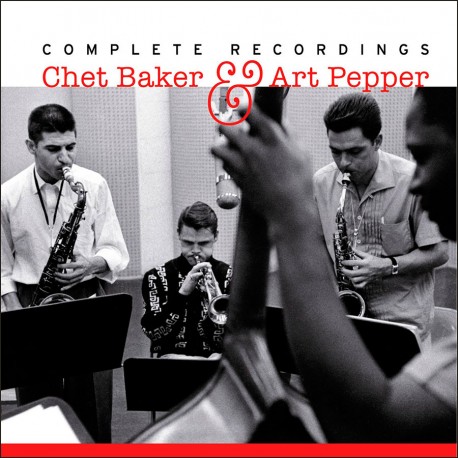 The complete recordings of Chet Baker and Art Pepper playing together, compiled for the first time on a single pack. Featuring Richie Kamuca and Carl Perkins.

Reunited here for the first time on a single pack, the collaborations between Chet Baker and Art Pepper were originally issued in such a disparate manner that it’s sometimes difficult to think of these recordings as a coherent body of work. Their first session, for example, was originally broken up and released on a variety of compilation albums. Their most famous album, "Playboys" was also released as "Picture of Heath" with a totally different cover but identical liner notes! The sessions for these albums, as well as a number of big band efforts, are all included here.