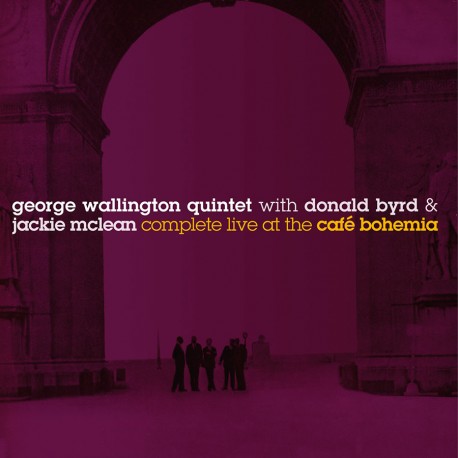 Complete Live at the Bohemia

Complete Live at the Bohemia

THE COMPLETE CONCERT FOR THE FIRST TIME EVER ON ONE SET !!
This release presents the George Wallington quintet's September 9, 1955 performances at the Bohemia in their entirety for the first time ever. As multiple sets were recorded that evening with frequently repeated numbers, subsequent editions of this music tended to choose some performances, while leaving out others. Until now, they had never been reunited together on one set, and therefore the titles played were often incorrectly listed on many discographies, which usually contained only the original masters chosen but not the second versions of the same tunes. For instance, not a single discographic source accounts for the three different existing versions of the band's theme song "The Peck".
The inclusion of ALL of the material recorded at the Bohemia on September 9, 1955 is especially important when taking into consideration the incomparable all-star lineup of George Wallington's quintet. The superlative and exciting music produced from these performances exceeds the expectations created by a band composed solely of musicians of the highest caliber.
PERSONNEL:

"This was a solid if short-lived group and their brand of hard bop will be enjoyed by straightahead jazz fans." - All Music Guide