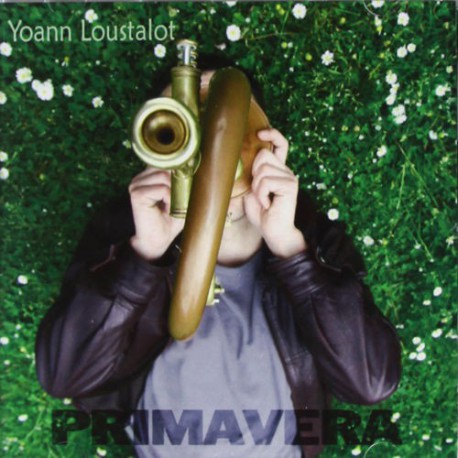 "Primavera" is the first album of by Bordeaux trumpeter Yoann Loustalot - and a fine debut it is, with a melodic, post-bop approach full of subtly changing dynamics and undertones of melancholy & mystery - an impression undoubtedly reinforced by his choice of instrument for this disc - the bugle - which he plays with a silky sonority, without vibrato, and a satisfying roundness of tone, especially in the lower registers. Certainly there's a distinct feel of Art Farmer, with touches of Chet Baker and perhaps Tom Harrell. His phrasing is thoughtfully understated and relaxed, without ever becoming banal and empty, and his composing skills, on eight of the nine tracks, are not to be underestimated.

The unusual atmosphere of the recording is further created by Loustalot's use of guitarist Maxime Fougères, in place of the more standard pianist - Yoni Zelnik is on double bass (recently in Benjamin Moussay's band) and on drums another in-demand musician, Guillaume Nouaux.