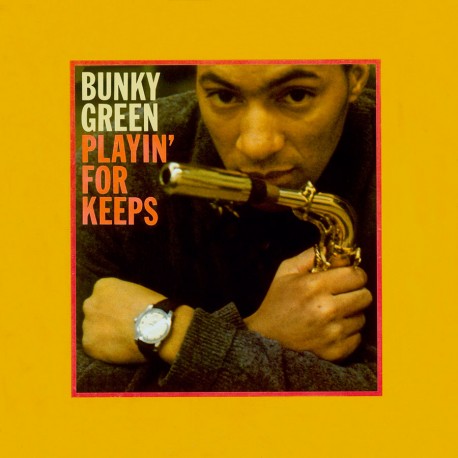 This CD release contains the complete original albums:
Playin' for Keeps (tracks 3-8 & 16-17)  (tracks 1-2 & 10-15)
The only other Bunky Green quartet recording from the 1960's was a version of the song "Step High", which is included here as a bonus track. In order to make this edition more appealing to jazz collectors, the producers have placed all of the quartet tracks at the beginning of the CD.
Includes 12-page comprehensive booklet!

Personnel: BUNKY GREEN (alto sax) on all tracks, plus: