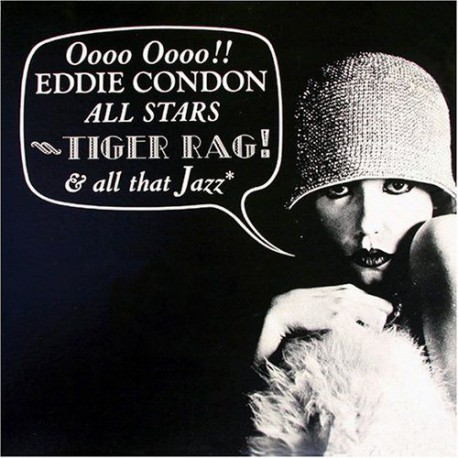 Tiger Rag and All That Jazz

Tiger Rag and All That Jazz

One of the lesser-known Eddie Condon groups is the one he led in 1958 that featured cornetist Rex Stewart. Of their three albums, this rare World Pacific LP is the most rewarding, featuring the group on eight mostly heated stomps including seven tunes recorded decades earlier by the original Dixieland Jazz Band. With the exception of some animal imitations on "Livery Stable Blues," there is no attempt to recreate the past and the songs are used as a good excuse for some colorful jamming. In addition to Stewart, trombonist Cutty Cutshall, Bud Freeman on tenor, clarinetist Herb Hall, pianist Gene Schroeder, bassist Leonard Gaskin, drummer George Wettling and the guitarist/leader are heard from but the fiery cornetist generally takes solo honors.