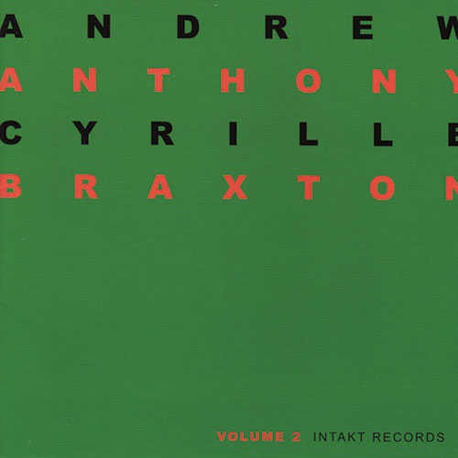 For many years, both greats of modern jazz - the saxophone player Anthony Braxton and the drummer Andrew Cyrille - have been pursuing their own musical developments.

In the autumn of 2002 their wish to make a joint CD recording was fulfilled. What came of the meeting are fifteen internal dialogues: new compositions, spontaneous improvisations, as well as interpretations of well-known pieces from Cyrille and Braxton. Both CDs are an artistic manifesto of two jazz innovators, a document of African-American music, borne of mutual respect, equality and esteem.

The legendary duo of saxophone and percussion, which Anthony Braxton began with Max Roach, finds a fascinating continuation in the duo Anthony Braxton-Andrew Cyrille.