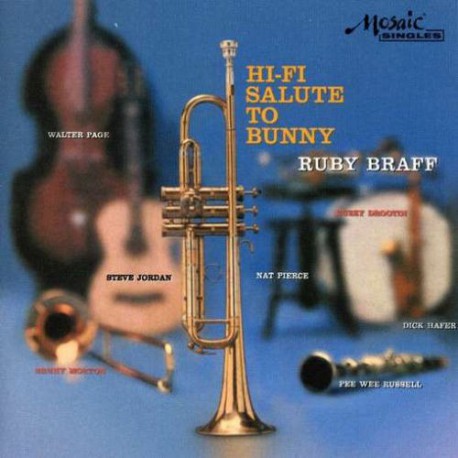 Notificarme cuando esté disponible
1957 marked the 15th anniversary of the death of the remarkable trumpeter and bandleader Bunny Berigan. To pay homage to Bunny, RCA Victor (Berigan's label for most of his recorded output) decided to bring Ruby Braff and seven mainstream veterans and newcomers to the studio and perform nine tunes associated with Berigan including I Can't Get Started, Marie and Downhearted Blues.. He is joined by Pee Wee Russell, Dick Hafer, Benny Morton, Nat Pierce, Steve Jordan, Walter Page (one of his last recordings) and Buzzy Drootin. The band swings from first note to last and stretches out soulfully on each tune (six of which are over six minutes). Did I Remember?, a bonus track originally issued only on a compilation, completes the sessions.