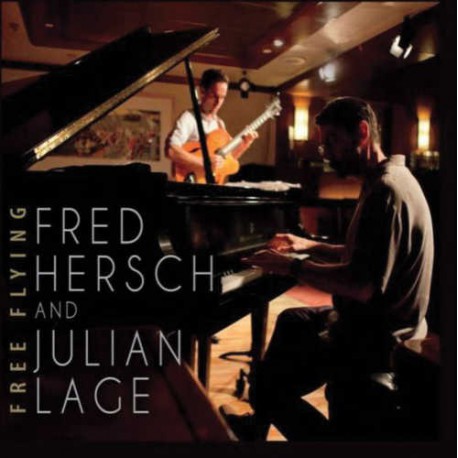 A SUBTLE DIALOGUE BETWEEN PIANO AND GUITAR

Piano and guitar are not considered the most compatible instruments in jazz. Both seem to collide as part of a rhythm section, and both are considered soloists. On their new album of duets, titled FREE FLYING, however, pianist FRED HERSCH and guitarist JULIAN LAGE create a wonderful world out of this unusual combination.

The album was recorded live at Kitano, in New York, in February of 2013, and the live in performance ambiance adds to the subtle sensations created by their music. They play mostly compositions by Hersh, plus two standards: Thelonious Monk's "Monk's Dream", Sam Rivers' "Beatrice".