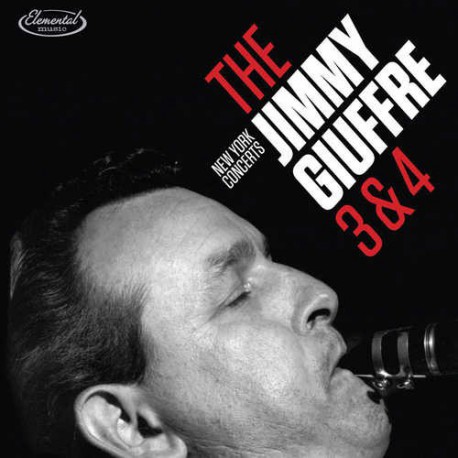 The release of the two remarkable 1965 performances on New York Concerts, unheard for nearly 50 years, offer a rare and revelatory glimpse into that discographical dark period. This captivating two-disc set, would be valuable solely for the brilliant music, which finds Giuffre leading otherwise undocumented trio and quartet line-ups that advance his experiments in counterpoint and abstraction from the chamber-like Free Fall into even more adventurous avant-garde territory. But it also offers much-needed insight into one of jazz’s most innovative thinkers at a key moment in his development.

The first disc was recorded in September 1965 at Judson Hall during Charlotte Moorman’s New York Festival of The Avant Garde, produced by saxophonist and jazz critic Don Heckman, on a triple bill with bands led by Heckman and Charles Lloyd. The concert marks the only performance by this particular trio with bassist Richard Davis and drummer Joe Chambers, who when interviewed for the CD booklet, had no recollection
of the date even happening.

Disc two travels slightly back in time to May 1965, with a performance in an empty Wollman Auditorium on the campus of Columbia University, then 19-year-old Columbia student Klabin had recently been appointed head of the jazz department at WKCR-FM, the university’s radio station, and wanted to present original recordings as part of his show. He invited Giuffre with that goal in mind, and recorded his quartet - with Chambers, pianist Don Friedman, and bassist Barre Phillips.

The tapes’ welcome resurrection is accompanied by attractive and exhaustivepackaging, with liner notes by writers Philippe Carles and Bob Blumenthal (who interviewed Friedman, Phillips, and Chambers); background by Feldman and Klabin; and reminiscences by Guiffre’s longtime collaborators Paul Bley, Steve Swallow, and the late Jim Hall. Giuffre’s widow Juanita Giuffre also offers her thoughts and support, which was integral for the producer to move ahead with the project.